And so it goes when it comes to new music. Finding new stuff is sometimes tricky because I practically never listen to the radio. As a usual matter of course, I troll a selection of music sites and take suggestions from friends, but even this short resource list produces an overwhelming amount of new and unheard music. I hardly have the time or the finance to give everything that catches my attention a serious listen, so there is an imperfect and informal vetting process that constrains what I let into rotation. Sometimes, things are left to time and chance, which usually lands me on the tail end of the “hipness” curve.

Clearly, though, I’m not overly concerned with what is hip. 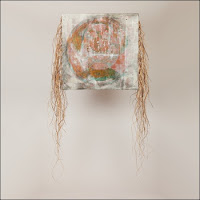 I pay strict attention, however, when something new presents itself from two or three unrelated resources at the same time. This sometimes eerie phenomenon is what recently brought Syd Arthur into rotation. I initially discovered them through a review of their impending debut On and On posted on my usual progressive rock stop. The reviewer, who genuinely liked Syd Arthur’s proclivity towards asymmetrical time signatures and interlocking rhythms, spoke highly of their future potential, but, citing production issues, stopped short of unreservedly praising their debut album On and On.

He also seemed slightly perplexed by the band’s localized popularity in the Canturbury scene. Any band that plays with progressive tropes while dancing on the edge of accessibility is cause for confusion to the progressive rock purist, but almost always ends up being a long-term favorite with me. Knowing this, Syd Arthur was at the forefront of my consciousness two days later when, after playing at SXSW, several people contacted me independently of one another to tell me that I should check them out. Their enthusiasm put On and On at the top of my wish list, and within a few weeks I was putting in an order through their site.

I immediately liked their approach, so much so that I had a difficult time discerning whether I was drawn more to their sound or their songwriting. Like a lot of complex music, however, the best qualities of On and On revealed themselves after repeated listening. Syd Arthur’s superficially complex features provide the backdrop for hummable, well-structured songs which, with one exception, clock in at an easily digestible four minutes or less. Not all that is progressive has to be epic.


Prog should be adventurous, though, although the wider popularity of Gentle Giant, mid-70s King Crimson, and the vast sea of other unrecognized bands to which Syd Arthur refers was often hindered by placing complexity at the forefront of the art. In contrast, the songs from On and On are not unnaturally bridled to the shifting time signatures bucking underneath the surface, but instead weave their way through the album’s rhythmic intricacies with consummate, almost imperceptible ease. Despite its retrospective aura, however, On and On feels relevant and contemporary, at least to my ears - rather like the Decemberists ran aground and gave up their sea shantys for a little hipstery frolic.

I am looking forward to Syd Arthur’s progress, as well, but not because I hope that they will pen the next Close to the Edge or Foxtrot, with forced, multi-movement blockbusters that clock in at twenty minutes or more. Instead, I anticipate a further refinement of the succinct but engaging work that they have already displayed a mastery of on On and On.
Posted by Dr. Spin at 9:52 AM